At Clearleft, we have regular design debates where we gather together to discuss a design-related topic. One of those discussions was quite contentious… 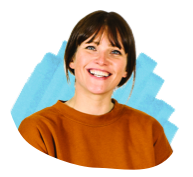 It all started with a hot take on Medium from Mark Wilson of Wilson Fletcher, where Katie used to work: Customer-led design won’t lead you somewhere new.

Katie didn’t entirely agree with that article, even if parts of it rang true. Her take is that there are different types of design. Some are more customer-led and some are more business-led. So it’s true that customer-led design isn’t the right fit for everything. As always, it depends.

Jon didn’t read the article—he smacked head-first into Medium’s reader-hostile paywall—but he assumed that the keyword would be innovation. And sure enough, if you’re being led by what your customers want, it’s unlikely to lead to something new or innovative.

Chris disagreed. He thinks you can innovate “around” customers. You’re not there to blindly follow what they suggest. You’re there to listen, dig deeper, synthesise. That may very well led to something new.

Andy pointed out that what Chris said chimed with what’s in the article:

It’s not the customer’s job to invent what they’ll want instead of what they have today, it’s ours — the people responsible for making big leaps happen.

Although that sentence is preceded by this bit of clickbait:

Jeremy made the connection with the cliché about Henry Ford: “If I asked people what they wanted, they would’ve said faster horses.” Though Jeremy pointed out that a genetically engineered superfast horse would’ve been awesome! His point is that innovation isn’t necessarily always appropriate. If anything, we have a bias towards trying to be innovative, sometimes at the expense of a tried-and-tested boring solution that works. There’s nothing innovative about writing clear copy, yet often that’s a far more effective solution than a brand new interface paradigm.

Lorenzo went deeper and asked “what is innovation?” He talked about the difference between design and fashion. Design is structural. Fashion is cosmetic. Fashion should be innovative. But design should be appropriate.

Chris said that a crude definition of innovation could simply be anything you haven’t done before. He also admitted that the article made him kind of angry because it perpetuated the myth of the genius designer—no room for co-creation with customers.

Katie pointed out that if the article made Chris angry, then that’s mission accomplished. She also agreed that people tend to over-use innovation. But she pointed out that innovation is different to Research and Development. With R&D, you’re playing with a technology, trying to unlock its potential. It’s more technology-led than customer-led.

Rich agreed, pointing out that the R in R&D is crucial: research. Research is also critical to human-centred design.

That’s exactly what Katie was talking about when she spoke about different types of design. If you’re experienced, then you know that the type of research you do is highly dependent on the type of design problem that you’re solving. Pick the right tools for the job. Some of those tools are more customer-focused than others like, say, A/B testing. If you pick a customer-focused tool for every kind of problem, then it’s true that you’ll never get real innovation.

Jeremy agreed, mentioning the infamous case of Google’s 41 shades of blue. They used a data-driven customer-led hammer on everything.

Going back to the original article, Rich thought that there may have been a bit of a misunderstanding in it about what human-centred design is. Human-centered (or customer-led) design isn’t about finding out what your customers want and then giving them exactly that.

Katie thought it’s not so much a misunderstanding, as it is a matter of audience. That article isn’t aimed at an experienced design agency like Clearleft. It’s aimed at designers who think they’re doing customer-led design but are really doing little more than market research, optimising for a local maximum.

Everyone agreed that it’s not an “either/or” situation. If you know what you’re doing, then innovation and human-centred design happen in harmony.