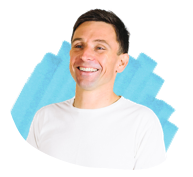 The eagle-eyed amongst will have noticed an omission from last week: no weeknotes! Did you spot this deliberate error? If so, well done! You can claim your prize right now by reading this bumper double edition. Just for you, it’s the first ever …Fortnight Notes.

Okay, let’s see …it’s actually quite tricky to cast your mind back a full two weeks. Ah, yes! Two weeks ago, we kicked off with a truly excellent brown-bag lunch where Mark demoed the tool that he and Graham have been working on. It’s called Elf and it’s purely for internal use by Clearlefties. It’s a very powerful way for anyone to get a development environment set up on their machine and quickly deploy to a live site. It does a lot of hard work to make things simple. Powerful stuff!

So that’s internal work. Looking outward, our client work—by pure coincidence—happens to be quite London-centric right now. There’s a big publishing house, a big high-street retailer, and a prestigious school.

The school is St. Paul’s. We designed and developed their current site many years ago, and it’s a real pleasure to be working with them again. Rich and Mikey have been leading the charge there (and Mark will be jumping on board soon).

The high-street retailer is John Lewis. It’s quite a thrill to be working with them—Kate is particularly excited about it. The work kicked off this week with lots of train journeys to and from London. So far, so great: they’re a lovely bunch.

Meanwhile the Bens have been also been up and down to London making and testing prototypes for that big publisher.

While all that’s going on in London, it’s been pretty chock-a-block in Brighton too. 68 Middle Street has been playing host almost every night for the past two weeks. That’s mostly down to the fantastic series of events running as part of We Spring Forward. It’s an honour just to be part of it. Tessa’s making sure that all those events run smoothly and she’s doing a superb job of it, as always.

Oh, and in the two weeks since the last so-called weeknotes, the last few tickets for UX London have been winging their out the door. At this point there only tickets for the final day available. If you haven’t got yours and you want in, you’d better grab one now.

Tickets for Responsive Day Out are also selling briskly. There’s maybe another couple of weeks before they’re all gone so get in there now. I mean, have you seen that line-up? You don’t want to miss it.

Finally, there’s Andy. He’s been cave-diving in Mexico and reliving past glories at South by Southwest in Austin. Time was when everyone who was anyone would’ve been there. Now nobody goes. And everyone who is no-one is there.