Over the years I’ve worked on some complex tools in specific industries. I’ve worked on a weather graphics platform, an automotive data tool and more recently at Clearleft, an inventory management system for an investment bank. In my experience, these challenges come with their own set of demands.

So here’s are my 5 tips for running a programme successfully.

One of the problems you immediately encounter when trying to design one of these tools is the proliferation of acronyms and jargon that creates a fog between you and the design challenge. Many of the users and stakeholders involved will have trained for years to acquire the domain knowledge needed to use these tools effectively.

The best way to approach this challenge is to nominate a subject matter expert up front. This expert literally works alongside the design team on a daily basis. They act as a domain knowledge interpreter and also provide a constant voice for the user, explaining how, when, and why tasks would be completed. As a designer, it’s important to appreciate that you don’t need to understand everything, you just need to understand enough to ensure that the solution you’re proposing is optimal for the task in hand.

We all know the importance of designing with real content and data. Still, it remains tempting (and easier) to work with fake or sample data sets, particularly if you’re working in an unfamiliar domain and don’t truly understand the nature of the data that you’re dealing with. The sooner you work with real data, the sooner you’ll be able to get your head around the nature and scale of the problem, and the sooner you’ll be able to identify a suitable design solution.

Many business tools (and the workflows behind them) have been around for decades. Over the years, they’ve been tweaked and added to countless times. The user experience may have been severely compromised. When redesigning a service such as this, it’s important to silo these legacy issues and focus on uncovering the needs of today’s users without being constrained by current solutions.

4. Be prepared for user insights to drip feed into the process

People rely on these tools to complete their jobs. You’ll often find that behind every business tool is an army of some of the most passionate users you’ll ever come across. Opinionated, thoughtful and highly invested in the service’s improvement, they can be the most inspiring users to design alongside. The catch is that getting time with them can prove challenging, since you need to slot into their often hectic and fluctuating work schedules.

I’ve found that the best approach is to be flexible, offering short, often remote, one-to-one interviews at times suitable to them. In reality this means that user insights are drip-fed into the design process in a sporadic manner, in contrast toa B2C programme where you might arrange two days of user research part-way through the design process.

5. Be inspired by real users, rather than fictional ones

The creation of user personas has been a technique used in UX since the mid-90s, as a way to embed users in the design process. Each fictional persona represents a portion of people in the real world and enables designers to focus on a memorable cast of characters, instead of focusing on thousands of individuals. Personas essentially help designers design for a specific somebody, rather than a generic everybody.

In theory, personas are just as valid when designing B2B services as a B2C ones. In reality, however, they are often harder to create. Because every organisation varies greatly,it’s harder to make generalisations in a small sample size. Instead, I’ve tried profiling a handful of real organisations (both existing and potential customers) and the end users within them, and used these as a stimulus for design. While this might be less representative, it’s proven successful.Knowing that this is an actual customer creates more empathy among both designers and stakeholders. 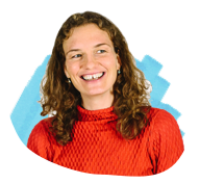