Our study with 400 designers revealed how research is a vital contributing factor to design achieving the greatest impact.

Earlier in the year Clearleft asked 400 designers from around the world about how design functions within their organisations. We uncovered some fascinating insights around the effectiveness and implementation of design within organisations which we recently published, but here we’ll reveal one vital contributing factor to design being successful.

One of the pivotal opinions we gauged was whether designers thought design within their organisation “has contributed to an increase in sales, competitiveness, and/or brand loyalty”. In other words, is design having an impact on the end goals of their organisation?

We found that 69% of designers agreed that design has had a positive impact towards the success of their organisation. Only 7% felt that design was not having an impact. A quarter of designers weren’t sure whether or not they were making a difference (the not-knowing tells a story in itself, but that’s for another time).

It’s fair to say that designers are self-reporting the impact of their work. Some of this will be quantified and much might be subjective opinion. If you consider that we designers can be a cynical bunch and that, as an anonymous survey, there was no reason to justify one’s position, we can take these results as indicative.

At Clearleft we believe that research has an important role to play in design, so we were keen to also determine how much design research took place in organisations.

Firm in our belief that design research is important, we cross-referenced research with design impact to see if there was any correlation. That was when the true effect of design research was revealed.

Of the organisations where regular design research was being undertaken, 82% agreed that design was increasing sales, competitiveness, and/or brand loyalty. Doing research is one of the main differences between the design teams that impact business and those that don’t.

Over half of design teams that have contributed to an increase in sales, competitiveness, and/or brand loyalty do design research regularly or at scale. In contrast, of those organisations where design was not having an impact, 95% are undertaking little to no design research.

The takeaways here are twofold. A design team is likely to contribute to the goals of an organisation. However without regular research to inform design, that work is far less likely to have an impact. Leaving differences aside, there’s still lots of room for improvement for most design teams in terms of research practice. 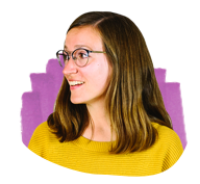 Personas aren’t bad, and you’re not a bad designer if you use them

Guerrilla Testing - What it is and when to use it