As a product designer, you should be putting the users and their experience first. But before we put pen to paper, we should be learning about our users' tastes.

The dictionary’s definition of taste reads, 'a person’s liking for or appreciation of something.’ There once was a time (1997) when I would wear Adidas Popper joggers with a crop top and I thought I had great taste. I had a great likeness and appreciation for this look, even more so if I added red hair mascara! Do I have a great appreciation for it now? Not so much.

Taste is a social matter. It is emotionally complicated. It can define your social status. It’s embedded in your culture. Back when I was in my Adidas joggers, the UK was all about the Spice Girls.

I get the feeling that people think they have great taste. We think taste is in our control but it’s far more out of our control than we like to think. And I’m ok with that.

There is no universal standard for good or bad taste. Taste is much more than just ‘bad’ and ‘good’. And I feel it goes far beyond what you have an appreciation for or you find beautiful. What I find beautiful is most likely different to the next person.

You can see that in the movie world. A couple can come out of the same movie and have polar opposite feelings towards it. One film that was hugely panned by professional film critics and seen as tasteless was ‘Batman v Superman: Dawn of Justice’ but it made $873.6 million at the box office. That film needs its own discussion, but you can see my point!

Who is to say what is good or bad taste? Imagine a world where we all had the same tastes, all living in our minimal designed homes with our Apple products. I’m not sure it's for me.

What a person feels is good taste has been impacted by their life experiences, their culture, their learnings and who they have interacted with. It’s subjective. If I grew up in the Gucci family I may never have worn those Adidas joggers.

Here’s an example from history. There were three different French kings — all named Louis — who loaned their names to three different styles of furniture. All of the styles were thought to be in the best of taste in their day, only to be dumped when the next Louis appeared.

As a product designer, you should be putting the users and their experience first. Starting a project with research to understand their tastes will help you in the long run. Before we put pen to paper, we should be learning about our users' tastes, understanding their culture, and listening to them tell us what they appreciate.

That said, it doesn't mean you as a designer have to reproduce what is considered tasteful at any one time. We can offer new solutions but still hold on to that user's tastes. Use it as a foundation on which to build your new designs. 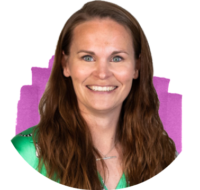