Dear internet. It's been 365 days since my last freelancing invoice. 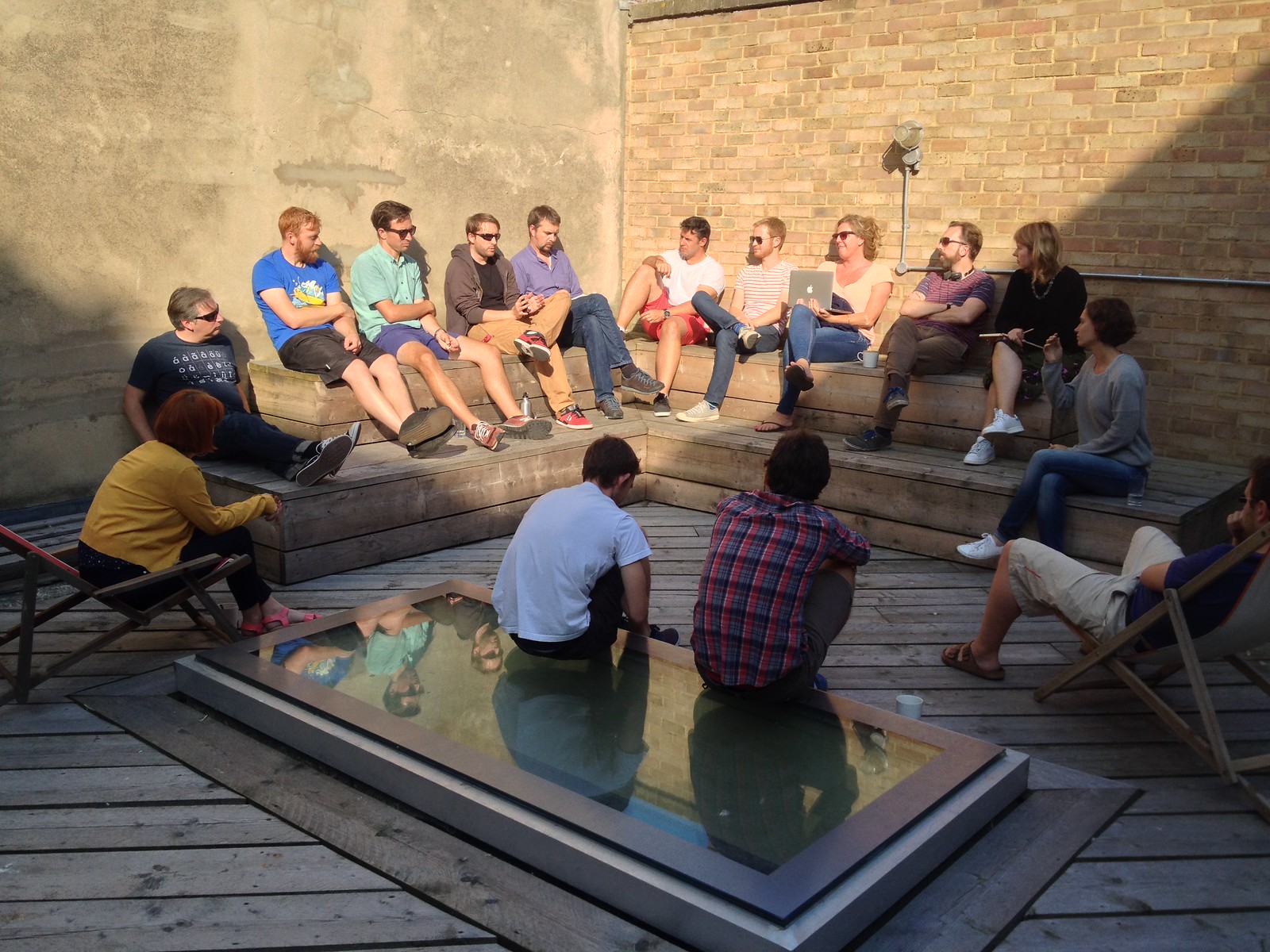 At the end of August 2013 I got invited into a little room in the Clearleft office at Kensington Street, Brighton joined by Andy and Richard. I'd been freelancing with them since February, working on projects with Rich and welcomed into the Clearleft family. Even as a freelancer, I was invited on companies days out to the Design Awards in London, a trip to the new offices for a hackday to design the interior and many, many lunches. In that short time I was sad to see the departures of both Harry Brignull, who had been my lead when I had first started there and then Josh Emerson, a formidable young man with a very bright outlook that managed to cut any negativity that may be in the day with his presence.

My contract has reached its end and I walked in presuming I would be asked to stay on for a few more weeks to help cover the end of the project I'd been working on. I was more than excited when instead, I was offered a permanent role. A year has passed and Clearleft has grown considerably since I first stepped through the door on a Friday afternoon back in February. 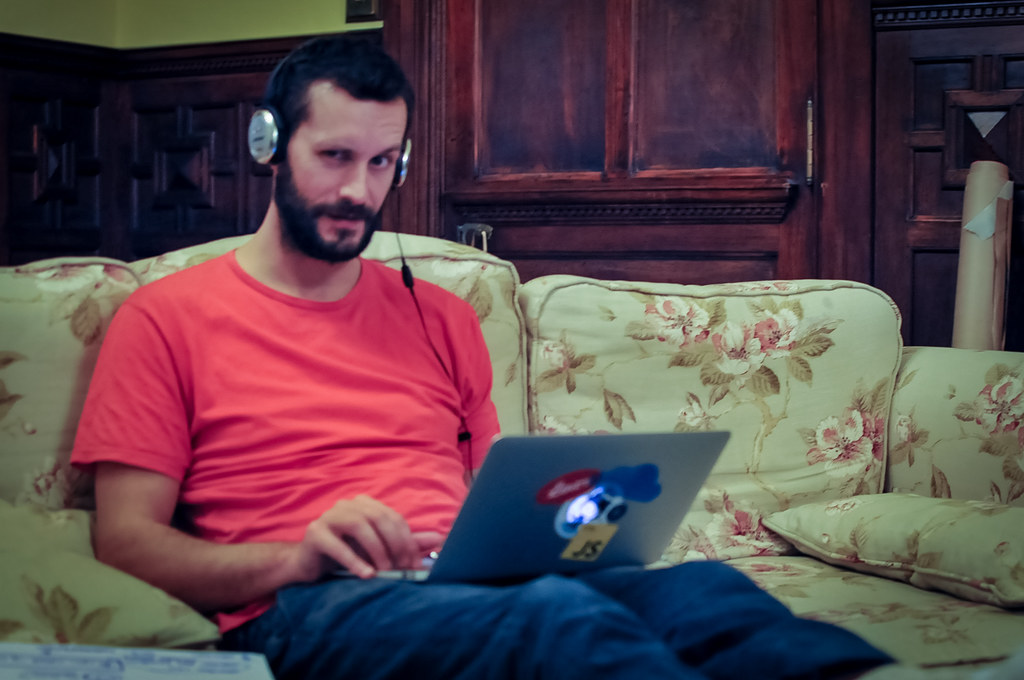 For those first few months, there was still this almost ad-hoc startup vibe. Andy Dennis, another contractor at the time and I spent most days working from a Sofa or Beanbag hidden behind the chairs and tables of Jeremy, James Bates and Mikey. I barely saw Andy, or Boxman for the first 2 months with their schedules a mixture of intensive on-site working and conference speaking around the world. 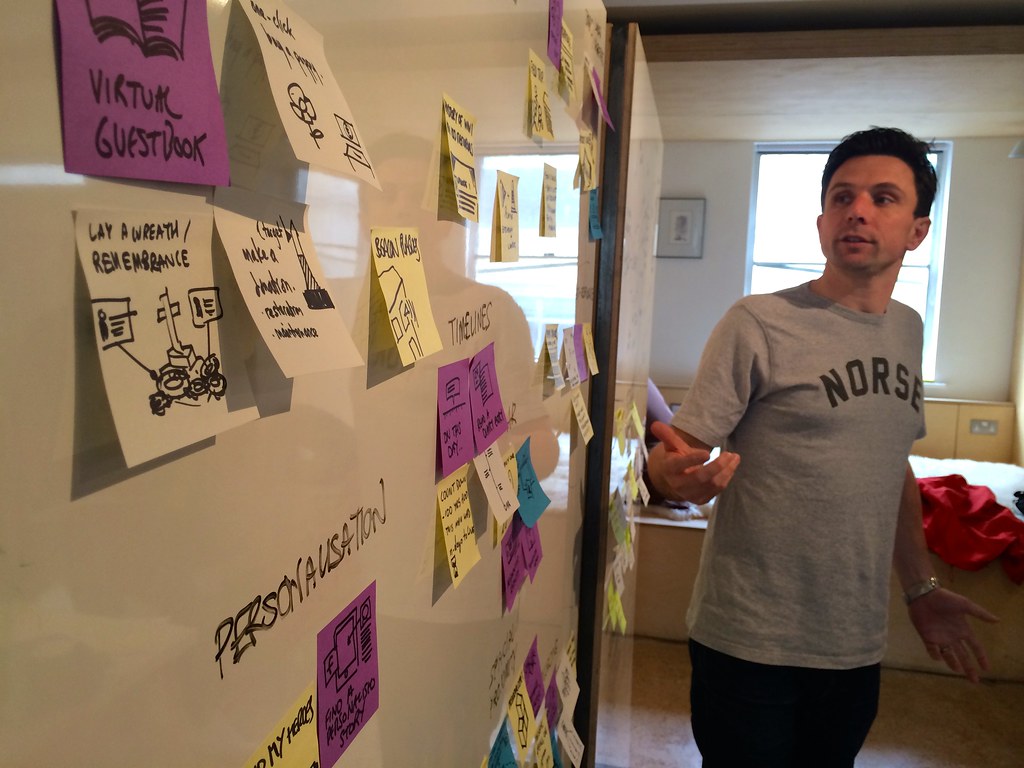 Being my first job back in Brighton, those first few months gave me the opportunity to rediscover all the things I loved about this town/city that I had lost working in the wilderness of Sussex and Kent. I was introduced by Batesy to the perils of the Chorizo and Cheese Sub at Hells Kitchen, routine trips to Pompoko and the endless discussions about where we were going to eat. And they are endless. Clearleft has an eating problem, one that you must fully embrace and allow yourself to get swept up in. Lunch is a big deal here, and whenever it is possible everyone sits and eats together, whether it is in the office, the park, the pub, or this year a lot of time on the beach. It's the first place I have ever worked in where seeing somebody have lunch at their desk is scarce.

There are conversations of all kinds, every day, whether it is industry opinion and sharing our beliefs and ideas of how we can make the web better, weather we should listen to 90s shoegaze or 00s house, what film we should all go to watch at the cinema, or whether to have our own movie night instead, get some beers in, some pizzas and veg out. Together.

In the past year, we've moved home to 68middle.st, Sophie became a permanent member of the team after project managing the new build, Viv started in the height of the summer bringing her Argentinian flare, Tessa joined as we began moving home allowing Kate to focus more on our series of events. Graham upped sticks and moved from 'the north' to the sea; A man with many names, Gary, Philip, A certain Princess. I was incredibly sad to see Paul move on to great things at The Guardian just before Hackfarm, Ant started on the first day of Hackfarm, where I was fortunate to have an intensive induction into his wonderfully colourful character along with our 3 interns Victor, Zassa and Killian who have certainly left a mark and perhaps a little hole in our nest. 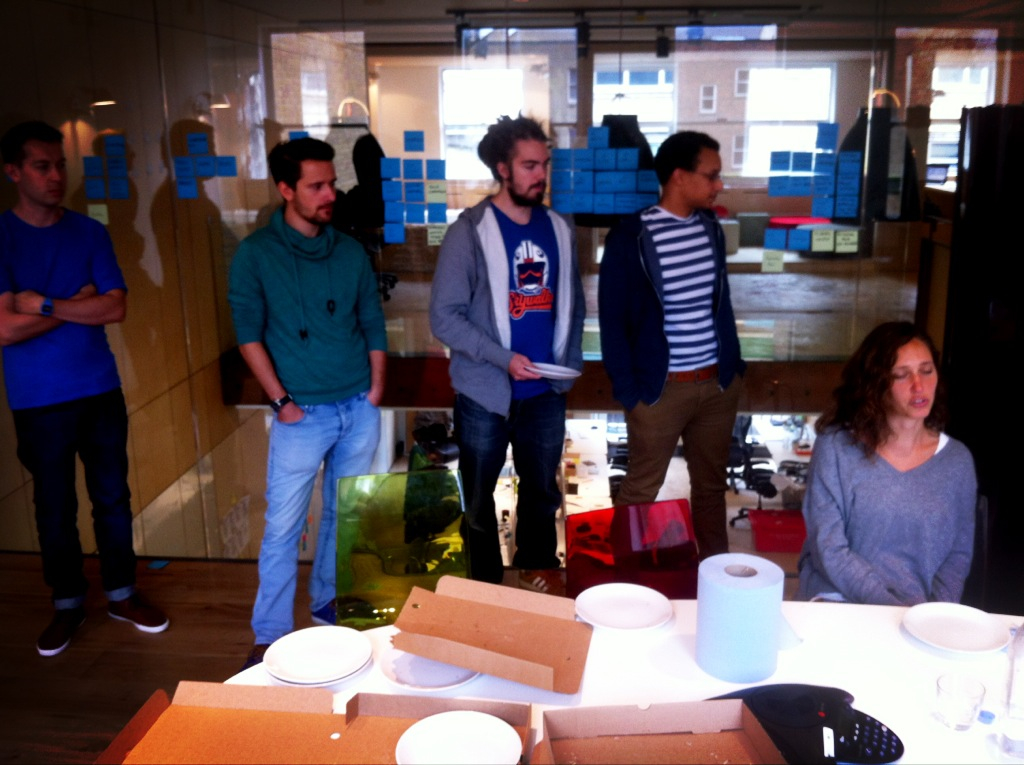 In the last 9 months the family has grown again with the Granola and Legume munching Ben White, and Andy Thornton. We are now a company of 3 Andy's, 2 James's and 2 Ben's. Barking at one another across the office space has become a gamble, never sure which person you'll reach, but we get by.

It's a diverse group. As long as you can accept that you will never beat Mark at anything, seeing as he now holds several world records for a few races that are a mere 100 miles in length, or that Jon will, know every single Canadian you meet, that you may have to queue for the coffee machine, and don't mind the ongoing saga of Brighton's best burger, then you quickly see that this is a place for friends, not just colleagues. 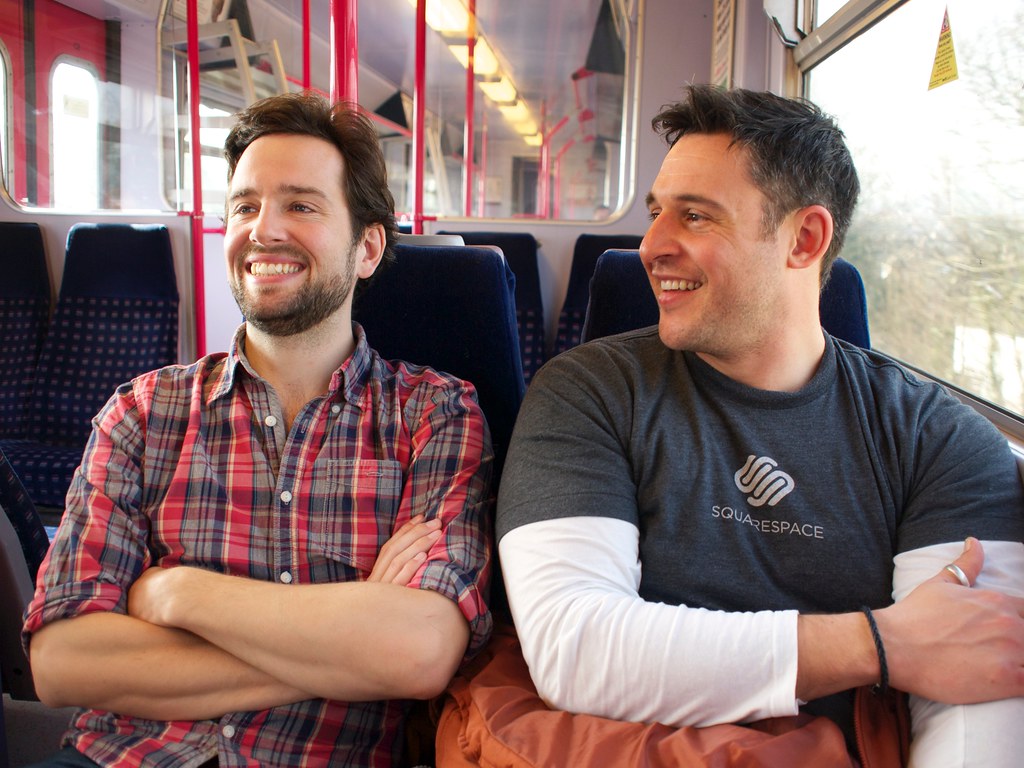 I've worked on projects with almost everyone now and have to say, I have never felt surround by so many intelligent, humorous and loving people before. If somebody is down, we pick them up, if you need help, you just have to ask, it doesn't matter whether it's in or out of the office, work, or something at home - there is not a person that wouldn't give you the time and listen if you ever needed it.

This is what makes Clearleft such an incredibly place to be. I've learnt a great deal from everyone at Clearleft, hell, I may have finally found a way to curb some of the teenage angst I've been so reluctant to let go of, although only through Mikey and I making a bet which I really don't know whether I can keep up my end of all the way to Christmas, and I am sure that Jess, will be trying her hardest to to push my buttons and make me crack, ever the mischievous one. 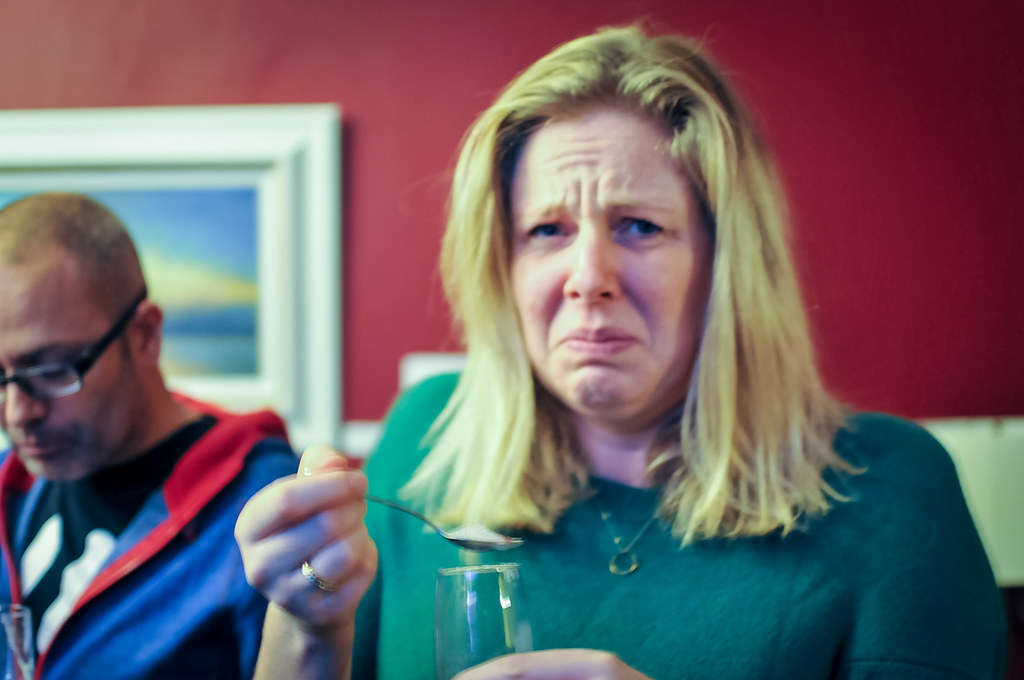 We believe in working on projects that interest us, and give us the opportunity to work with new ideas, ideals and grow our own skills and knowledge. This is not a group of individuals who've taken their years in the field and are now coasting. Everyone is given a considerable training budget with no limitations on what you use it for, learning is the most important thing. We regularly have internal sessions to share things we have seen or learnt - just today Andy B, did a talk about why he loves Burning Man, having returned from another successful year and I am totally sold on this temporary city full of creative minds and exploration. 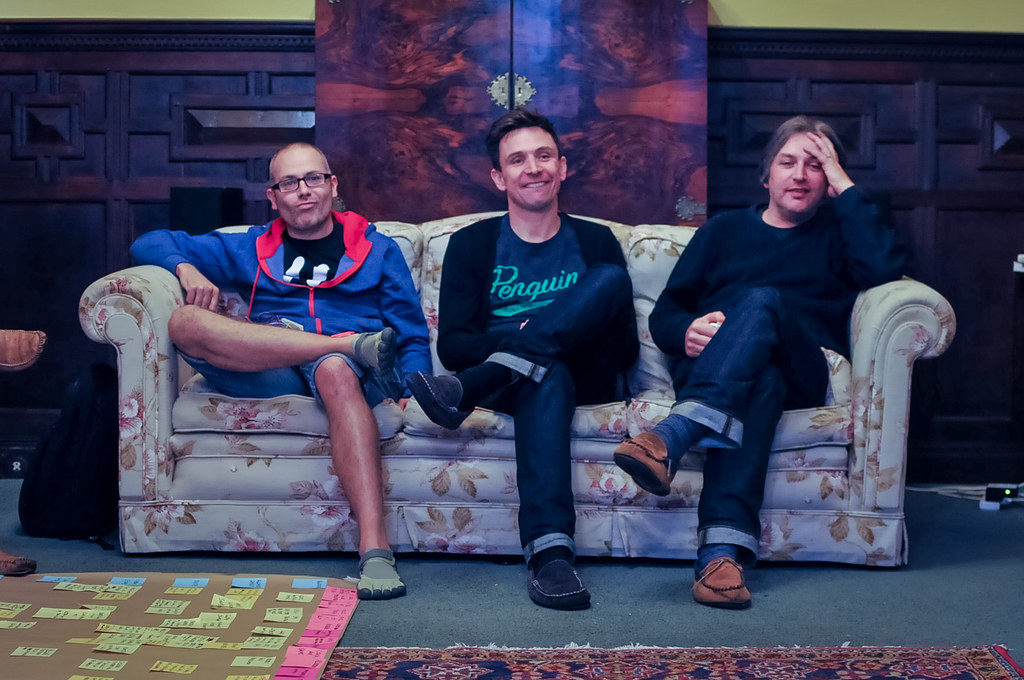 And now, we're looking to welcome another member. As our output has increased we've expanded teams, people have taken on additional roles on projects and we'd like to have another project manager. If you would like to join me, if what you've read today gives you even the slightest inkling as to the sort of place Clearleft is, please get in touch or check out the position on our site.

This was originally posted on my blog