Given the amount of thought that the organisers put into inclusivity, it was fitting that this conference was held at Conway hall Ethics society

Thanks to sponsorship by Squiz, a screen had been set to run live transcriptions of the talks, the conference was live streamed and the speakers pages on the website were updated in real time with links and further reading. The crowd itself was diverse and welcoming too, I think in part due to the diversity initiative and reasonable price of tickets.

The talks kicked off with Michelle Barker's talk on CSS grid. It was loaded with immediately useful takeaways, and her slides were beautiful, using grid to create randomly generated shapes. Grid is impressive enough, but I loved her suggestion of using CSS variables alongside it for finer layout control.

Chris Mills supplemented Michelle's talk nicely by showcasing Firefox's developer tools, including a great grid inspector and CSS shape path editor. I was surprised by how easy it was to make complex shape paths just by dragging the points around. The future of design on the web is looking pretty exciting.

Ada Rose Cannon delved into the exciting future of VR and AR on the web, galvanizing me to pick up a half finished three.js project. She also collaborated with Ruth John on a pocket VJ app which looks like a bunch of fun. If you ever fancied yourself a VJ you should check it out! Ruth also gave a great talk, running through how she optimised her Web A/V performance with web workers and worklets.

I loved all the creative talk topics, there are so many new and exciting ways for us as developers to express ourselves. But as Charlie drove home in her thought provoking talk, we mustn't forget, that when we're creating for the web. It isn't about us.

It's our responsibility as developers to deliver content that is accessible by everyone. That should be our main focus.

Testing for accessibility is our core job

But as I watched Sara Vieirra wade through a sea of inaccessible div soup, it became clear that the development community isn't doing that. We're not utilising the already robust, and accessible nature of HTML.

We focus on frameworks, going Javascript first and ignoring the rule of least power.

Choose the least powerful language suitable for a given purpose.

Or as Charlie put it, don't drive 2km to work in a self built flying car. Buy a bicycle.

Content sites shouldn't rely on Javascript for delivery. Developing like this is inherently unstable. We shouldn't be ignoring this instability just because it's more convenient for us to develop this way. To quote another of the design principles from Jeremy's talk

Consider users over authors over implementors over specifiers over theoretical purity.

Now I'm not saying we shouldn't have fun with development! We should definitely explore new technologies and express ourselves by developing more creative and interesting web experiences. But at the end of the day, delivering our content to the user is the most important thing.

The Web is for everyone, Lets put as much effort into making it accessible as State of the browser did for the conference itself. 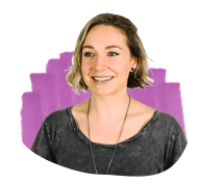