When I was 17, I bought book about graffiti from a man, and 13 years later I found the very same man in front of me at work. 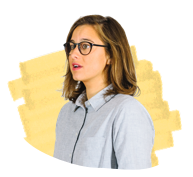 That man is David Samuel. If you are in the graffiti world there is no need to explain who he is, but if you aren’t…

David has been in the British graffiti scene for years. He set up the Rarekind crew back in 1997. In 2003, he created one of the first graffiti stores in the U.K., in Brighton, and that’s one of the reasons why graffiti is so ubiquitous in our city by the sea. He made his way back to London in 2008 and opened a gallery underneath the legendary Chrome and Black store. From there, he formed Rarekind Illustration Agency, which represents a wide range of disciplined artists including typographers, digital and traditional illustrators, animators, graffiti artists, film makers, and photographers. Rarekind shows that there is so much more to graffiti than some basic tagging, which is often where graffiti can be misunderstood and misclassified.

Over the decades, graffiti has evolved. It is no longer a signal of urban decay, but now in fact the opposite: a marker of cultural and creative force.

My main interest was, and still is, typography (or lettering, strictly speaking) — the structure of letters, the big, the bold, the eye-catching pieces — basically the embodiment of Rarekind’s work.  I have followed David and Rarekind ever since, from attending talks, to working with him in Carnaby street, to owning artwork by his artists like Jimi Crayon.  Luckily and independently, they have also been on the radar of our own Andy Budd.

If you haven’t been a guest of ours yet, you should note that we have a fantastic office with a large communal courtyard. It’s a great place to sit and work, have meetings, and eat lunch together.  That said, it does lack colour and, in the English weather, at times it can look like a prison yard with a drab and cold atmosphere.

David pointed us in the direction of Gary Stranger and Pref ID to transform our blank courtyard canvas.  Gary’s work springs from well-formed letters, brilliantly-mixed colours, and a distinctive and recognizable flair that you’ve probably stumbled upon in Brighton before.  His work never feels like just graffiti or just letters, but something that more like a crafted and layered visual language, signifying something larger than the letters themselves could convey on their own.

Pref ID’s work is a heavy mix of his graffiti and graphic design, striving to create a unique visual language that is a graphic solution to the layered multiple word graffiti pieces on walls. His large wall pieces are freehand; no stencils, no masking tape, no projections.

I had the pleasure of watching the guys work one sunny Sunday. In our line of work, we are constantly posing questions and discovering new answers (which often leads to even more questions). Pref ID and Gary got this right away, and created a symbolic identification and signal for this running theme of our work.

We first started working together on our exhibition last year at StolenSpace gallery. We discovered that not only did we share a similar aesthetic but also a work ethic and way of approaching concepts. We have continued to work together since then on various projects. — Pref I.D

Our style is simply the outcome of putting the elements of our individual work together. It works because although they are both based on simple and more traditional letterforms, Garys work is much more precise and exact, while Pref is a little looser and often stretched or distorted. It’s this subtle contrast that gives it the balance required for it to work as it does. — Pref I.D

The Mural painted on the rooftop has two ideas behind it. One was to be the first in a series of murals using giant punctuation and glyphs. The other was to comment partly on the collaborative process between ourselves but also on the collaborative process at the heart of not only the creative agency where the mural is painted, but the creative world/process in a broader sense. — Pref I.D

In short, the piece ‘Question and Answer’ is fantastic. It changes the entire space into a vibrant colourful area. There are more plans for the courtyard so watch this space.