We’re all remote workers now. But is this just a brief blip or is it the shape of things to come? That was the question that dominated our fifth design leadership panel.

The panel was moderated by Clearleft co-founder Jeremy Keith and featured a fantastic line-up of panelists:

The topic of discussion was the future, but Jeremy began by asking about the past. Specifically, one year ago. How much has changed in that time?

For Jean and Holly, work life hasn’t changed all that much. They were both working remotely anyway, Jean in the US and Holly in The Netherlands. Duck Duck Go’s workforce is entirely remote, but Holly pointed out that regular get-togethers were an important part of their culture. She misses those. Similarly, Jean used to travel a lot for work. Now that he hasn’t travelled all year, he really misses it.

Emma used to divide her time between remote work in Wales and on-site work in Babylon Health’s London office. Now her work is entirely remote. For Lola, everything has changed in the past year. One year ago, she hadn’t yet started at Shopify. Now she has not only started working there, she has also travelled across the Atlantic to move to Canada ...just in time for Shopify to declare that they are now a permanently remote company.

Jeremy asked the panelists whether the move to remote work has been a blessing in disguise. Are there some kinds of work that are more suited to being alone and uninterrupted?

Jean pointed out that what you miss with remote work is the serendipity of seeing other people’s work: "It's the walking by somebody's desk and looking over, just glancing at their screen and going, “Wait, what? Let's chat about that!” Lola agreed that the heads-down nature of remote work comes at a cost: "We're having to create a lot of rituals to try and introduce those moments. And it's actually much harder to engage people in them. And so you get more deep work, but you actually end up being less excited sometimes by the work. We're trying to figure out what are the right sets of rituals and activities to bring some of that serendipity and energy back into the design work."

Emma also misses some of the spontaneity of the office: "Those times where you just want to go for a walk and have a chat or take someone for coffee and not have the proper one-to-one. Something's up with them and you can't figure out why, and they just need a bit more pastoral help. That's what I missing."

That leads to another point that Jeremy asked about. Given everything going in the world, and how stressful it is for everyone, has the focus at work shifted from productivity to well-being? Lola has been investing a lot of time in connecting with her teams. But she doesn’t see that as being at the expense of productivity: "I don't see that I'll get productivity unless those connections are made. And I'm actively always investing that time because I think the reward is unquestionable."

Despite the challenges, everyone was in agreement that the future of design work is distributed. As Emma points out: "It means we can have more diverse teams, people in my team have a chronic illness, for example. But also now I'm hiring, I'm able to talk to people all over the UK, all over the US and hopefully when we go back to normal, I won't have to ask them to relocate to Austin or London, because that way we can hire the best people rather than the best people that live in a particular city."

Looking at the trajectory of design, it seems like design may have finally earned its seat at the table. Holly said: "I've been fortunate enough to work at a lot of places that trust us, love us, want us involved. It doesn't mean they understand what we do. So we still have to be super visible about where we can be a part of the conversation."

But this doesn’t necessarily mean that designers need to become business people: "Just because you're involved in the business doesn't mean it has to be so commercial." Jean said: "It's not just about speaking business. It's more about understanding the goals that your business is working towards and understanding how humans fit into those goals. For me, design is the process of reconciling the constraints of the business goals and the constraints of the human goals."

Lola agreed: "If I define “commercially minded” in my mindset, I think people think that we mean “profit driven”. And it’s not. The way I define it is you need to understand how money works in your company." Emma added: "Money is time. We're always trapped in the line between scrappy quick-and-dirty research and rigorous research. But commercially we have to think about how quickly can we deliver good enough insights that help us de-risk the decisions that the teams are making."

Playing devil’s advocate, Jeremy asked if design systems might make designers obsolete—are we creating the tools of our own destruction? Holly started the defence: "No, I think we've started to position ourselves more upfront in the strategy piece and less on production. I always make sure that the strategy problem-solving skillset that we have is seen and valued and used in the right conversations at the right time. Then I think we'll have no problem."

But looking further ahead to ten years from now, might a robot be doing your job? Emma doesn’t think so: "As designers, we should also be doing research or listening and talking, and I think you just really can't replicate that with a robot." Lola acknowledged: "There are many, many jobs that no longer exist today that our parents would have felt were permanent as recently as 30 years ago. So that's a human problem, not a design problem."

Jean added: "I don't know that we'll ever get completely made obsolete as designers, but I think our roles may shift and our roles have shifted already and they’ll continue to shift. And it may be that we become the trainers of the engines, that we define the framework or the rules within which the AIs function to meet certain goals and design certain products. But I think there's probably always some sort of a problem-solving goal-setting job there for us." Lola warned: "The one thing that I think is speeding up our lack of value is our lack of willingness to engage with future tech. If we become the resistance, we make ourselves irrelevant. But if we are able to continue to be a bridge between the tech and the individual, then there's a role for us in all futures.

Finally, Jeremy asked where the panelists might see themselves in 15 years time. This is when the conversation doubled-back to remote working. Holly said: "I hope that we can see this as an opportunity, that we'll think of it as normal maybe 15 years from now, shifting away from having to hire people in expensive cities and thinking about other parts of the world where there's also very talented people. Maybe we'll be able to be a little more inclusive and ethical as a result." Jean concurs: "I think this greater degree of flexibility that we're seeing; I'm really hoping that that will stick. It may enable people to work later on into their years because there will be a better ability to live where you want."

Emma also pointed to the happy confluence of two trends: remote work and an ageing population: "This sort of more remote distributed working will enable people to maybe dial down work if they’re getting to the age where they want to think about spending less time at the work and maybe be able to enjoy their lives more."

Where do you see design heading in the next 15 years? We’d love to hear from you. Head over to the Clearleft timeline and send us a postcard. Let’s imagine it’s 2035... How do you hope the practice of design will have changed for the better? 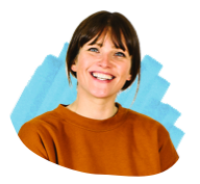