Do any one of these warning signs currently describe your business?

Why spend time and money on innovation when you are established in your market? Surely, it’s up to the competition to raise their game to compete with you.

In many well-known and established organisations I’ve worked with I’ve been left with the sense from senior management that innovation is for start-ups, business as usual generates the revenue, and nobody ever got fired for sailing a steady course.

These thoughts, expressed in similar terms, were likely to have once echoed around the now empty boardrooms of large and established companies such as Woolworth’s, Kodak, Pan Am, Blockbuster, Borders, General Motors, Friends reunited, Polaroid, Comet, Sony Ericsson phones, Game, Zavvi etc.

The fact is, no business is too big to fail. However, all businesses can be too small-minded to think big.

The times they have, are and will be a changin’

Changes caused by digital technology have been more rapid and radical than anything else in the history of business. If you work in retail, banking, travel, the cultural sector, education, publishing, the third sector... in fact I can’t think of a single industry that hasn’t faced and isn’t facing fundamental changes brought about from digital technology or the ‘tech revolution’, if you prefer.

Successful organisations view these changes as opportunities. The next bankrupt business sees them as threats.

Where we once saw digital start-ups culpable in the demise of their traditional bricks and mortar competition, we are now seeing digital native companies being disrupted by newer, digital ones.

The only constant is change. It’s just the speed of change and the impact from it that have become more profound. Every business needs a managed programme of innovation to embrace and exploit change.

The stability and life-span of every major businesses is in rapid decline. Richard Foster highlights in his study for Yale School of Management and book ‘Creative Destruction’ that at the current churn rate, 75% of the companies on the S&P 500 index will be replaced by 2027. Many of them will be overtaken by their competitors. Many of them will not even exist.

Along the same lines, research from the Business School at Imperial College in London reports of the 100 companies in the FTSE 100 in 1984 only 24 were still in business in 2012.

Change is nothing new. It is just happening at an accelerated rate. If you think back a decade they are many of today’s well known, successful companies and products that didn’t exist. Uber, Instragram, Airbnb, Alexa, WhatsApp, Google Drive, Google Chrome, Tinder, Slack, Siri, Kickstarter, Pinterest are all less than 10 years old.

The pace of change, and therefore the need to adapt, adjust and innovate to compete, looks like it is just starting to get going.

The World Economic Forum predicts ‘65% of children entering primary school today will ultimately end up working in completely new job types that aren’t on our radar yet’ and the Bank of England’s chief economist said last year that 80m US and 15m UK jobs might be taken over by robots.

The seismic shift caused by digital

Much of the change is being brought about, and certainly hastened by digital technology.

The result of which are three fundamental and concurrent shifts in how businesses operate:

With these changes to the business landscape, standing still, even for a moment, is not a viable option. The question facing senior leaders and managers in every organisation is this: Does your organisation have in place an effective plan, as well as the people and resources to carry out continuous reinvention?

There are some standout examples of large established organisations, many recently seen as behemoths, using design thinking and innovation to reinvent themselves in the age of the digital consumer. These include:

The 125-year old GE which has changed itself into a company for industrial digital transformation.

British Gas with its growing range of Hive products is using product and service design to reimagine the home.

IBM has adopted design thinking to change its fortunes by helping its business users to better solve their customers needs at speed and scale.

Gov.uk has revolutionised (and continues to do so) the way we interact and transact with government saving both the user and the state time and money.

There’s no better time than now to make change

Innovation doesn’t need to be time consuming to get going. At Clearleft we regularly help clients with a variety of rapid interventions to identify, accelerate, execute and evaluate digital change.

Here are some ideas to kickstart a resolution for change and to introduce an ongoing habit of digital reinvention.

Our research and UX teams frequently carry out structured research interviews with a client’s existing and potential customers to uncover new products and services to develop.

With the use of techniques such as Jobs to be Done interview questions and ‘day in the life’ mapping, we help identify unmet customer needs, pain points to fix, and opportunities to explore further.

Last year we had the privilege of hosting Jake Knapp, author of ‘Sprint: How to Solve Big Problems and Test New Ideas’, in London at a Clearleft Presents event. It allowed our teams to build upon and hone their experience of facilitating short, intense and focussed design activities with clients and their teams.

We really enjoy the way design sprints, when run properly, take a team from a problem space, through ideas and iteration, and onto a tested solution in just five days. A design sprint is a proven way to unblock long-term issues and enables rapid headway to be made on business critical challenges.

A powerful by-product of working closely with a client and their team is the way it energises and trains all those involved in the use of design thinking skills.

Being successful at innovation is about applied perseverance. The more bets you place, the more likely you are to find a winner.

When team resources are tapped into, there is often no shortage of ideas in an organisation. There is more often a lack of capacity to design, build, and evaluate solutions.

Don’t let a lack of people and resources stifle the ability to increase the number of design experiments you run. The use of an external agency is a cost-effective way to provide an injection of additional designers to create multiple solution for A/B and MVT testing, and developers to create prototypes to pilot new products and services.

Make 2018 a year for innovation

I’m not suggesting you abandon business as usual. However, without a complementary and supplementary stream of innovation and looking into the future there will soon come a time when your business as usual has been overtaken by a competitor.

Innovative companies see the process as ongoing. They focus on the needs of the customer and systematically identify opportunities, pilot ideas, iterate upon them and then take them to their customers before their competition.

Innovation isn’t hard. Innovation is a habit. So let’s make a resolution to turn 2018 into the year of business as unusual.

I’d relish the chance to hear your stories and advice on building a design-led practice of innovation, or to discuss further how design can be used to create greater value for your customers and your organisation. Drop me a line at chris@clearleft.com

Join the conversation about design thinking and innovation on Twitter, by tweeting us @chrishow and @clearleft. 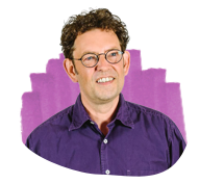