Our industry is traditionally very male-dominated. As an employer, we are adamant about creating opportunities and removing barriers for women in the workplace. It matters to all of us as individuals, and collectively as a company.

A few weeks ago, on International Women’s Day, Rowena wrote a post about the work we’re doing here at Clearleft to support women in tech. A post about the initiatives we support, and the events we both lead and get involved with. It’s all great stuff. But it got me thinking about the other stuff we do, the stuff that you don’t see.

Having gone through two pregnancies (returning to work after six months on both occasions), I have my own perspective on becoming a working mother. I was lucky enough to have a boss who supported my return to work - he changed my role slightly to support me working part time and never treated me any differently to other staff. But on speaking to many other mothers, I've discovered this is not necessarily the norm. Friends have told me how they were made to feel that they were ‘letting the team down’ by working part time, and were vilified for having to pick their children up if they became unwell.

My children are now 11 and 13, so the burden of full-on child care has lifted somewhat for me. But for a lot of parents with younger children, they are still having to work around child care.

On joining Clearleft, I discovered that not only did they say they supported flexible working for all employees, but it actually happened! If your child has a play at school, you can attend and don't need to ask permission. There is an understanding that if you come in late you make the time up later. If you need to stay home to get your washing machine fixed you can simply work from home, so long as you manage your diary and let people know how they can contact you. This is so refreshing and, in my opinion, only goes to show the level of trust we have in everyone here. We want people to have that balance and to actually get to see their kids during the working week! You will often see people's children in the office, we don't have to pretend that we don't have children - family is really supported and not brushed under the carpet in the pursuit of 'professionalism'. I like this.

As we recruited more women over the years, some of them started to have babies. This caused much excitement amongst the Clearlefties, but we realised we didn't even have a maternity package agreed. Thankfully we have a very adept Operations Manager, Tessa, who put together a really great package. Then we had to start thinking about how these new mums could come back to work yet still balance time with their new babies. It got me thinking about how I not only wanted these women to come back to work with us, but about how I could actually make it as good as it could be for them.

Becoming a mum can be a pretty chaotic and intense time (or is that just me?) - having six months or so off work whilst mainly talking gibberish to a baby who doesn't understand you can kill your confidence in the workplace! That was my experience, anyway. And I knew I didn’t want my colleagues to feel sidelined when it happened for them.

Just last week, the lovely Clare Kirkland returned to work with us six months after having her daughter Evie, and Anna Allan is currently on maternity leave after having twins, Albie and Oren, back in the autumn.

I started following a woman on Instagram, Anna Whitehouse, who heads up the movement Flex Appeal. She goes around lobbying parliament and hassling big companies to embrace flexible working for parents returning to work. Not only does she have a wicked sense of humour, (check out her flash mobs in central London dressed head to toe in neon lycra) but she has achieved so much in terms of encouraging organisations to consider different ways of working. She has challenged the norms of employment terms and encouraged companies to commit to more flexible working. She urged companies to sign this pledge: https://www.equalityhumanrights.com/en/pregnancy-and-maternity-workplace/working-forward. In a nutshell, it aims to make workplaces the best they can be for pregnant women and new mothers. Clearleft has signed this pledge and in doing so we commit to the following:

I am proud of this. I would encourage other companies to do this too, and can say with conviction that it works for us. It has not held us back, quite the opposite, in fact. Never before have I worked with such a hardworking and excellent group of people - we all work flexibly and achieve really great work. 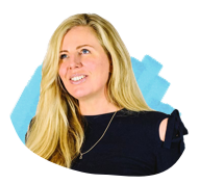