Christmas seems like a dim and distant memory as we get into the swing of 2015. This week’s big news is that the new coffee machine has been installed! Thanks to Smallbatch for all their help and advice with this. Unfortunately we were so over excited and preoccupied with the shiny new frothiness of it, we didn’t notice we had run out of coffee beans; so small fail there. If you see any of us out and about looking rather wired, we’ll have been practicing a little to enthusiastically with our new gizmo.

There’s been lots happening besides coffee making, we’ve had Steve Stark in to chat to us all about Clearleft's culture and most of the team have been involved in the quarterly reviews throughout the week.

Andy B and Sophie have been up to Leamington Spa for the day to meet with potential clients; and Ant has continued to wrestle various government procurement processes into submission and has been chatting to lots of makers and hackers and thinking about how we can involve them with events here at 68 Middle Street later in the year.

Jon has been working on two wheels quite literally: registering bikes with Bike Register, discussing bikes, riding his new bike and almost getting blown into oncoming traffic on his new bike due to 40mph winds. Fortunately, he survived.

Bates, Ben S and Ben W have continued their work with our publishing client, and Ben W has also had a house move and a considerable amount of DIY on his plate. He’s been pulling some late nights attempting to use every known DIY tool. Ever.

Work on UX London has continued with Kate working on the speaker’s pack and travel arrangements; Early Bird 3 day passes are nearly all sold out! Mikey has also been working with Kate, along with his BBC work with Jess, Boxman and Rich, who’s been up in London all week.

Jeremy is holidaying in Japan this week, so we do hope he and Jessica are having a wonderful time. Next off on holiday are AndyP and Graham, who are snowboarding for a week in Switzerland; there has been a constant parade of new jackets, gloves, hats and goggles in the office as they prepare for their trip. AndyP is rocking belisha beacon orange whereas Graham has gone for a medley of autumnal tones; they’ll be the sartorial highlight on the slopes. I’ve been busy with the day to day tasks of the building, and chasing up contractors for ongoing building works and new quotes. The main event at 68 Middle Street this week is Drupal Camp on Friday. Organised by our friends at Miggle, it’s looking like a great line-up and has sold out already. Having started the New Year with a quiet week, the bookings are coming in steadily now, so if you’re planning anything in the next few months and you’d like to book 68 Middle Street, drop me a line tessa@clearleft.com 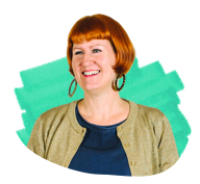