Towards a vocabulary of Artificial Intelligence.

On the Norwegian AI retreat our group’s disciplines ranged from digital designers, to comic book authors, and from radio show presenters to professors. So how might such a multi-disciplinary group begin to chart the domain of Artificial Intelligence? 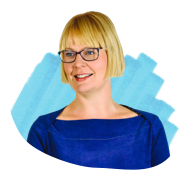 Even before we had arrived, it was clear that we were working with a diverse set of agendas, sizzling enthusiasm and vast and wild focal points. I could see it was going to require a soft-touch method to extract and visualise the domain from the perspective of those who were present.

We wanted to avoid painting the conversation into a corner. Opening out the vocabulary allowed us to visualise emergent themes and take a step towards disambiguation.

We asked all the participants to create a 20 minute brain dump of Artificial Intelligence vocabulary on stickies of no particular colour.

These were separated into nouns, verbs and adjectives (thing words, doing words and describing words) but not in any kind of strict way.

It became clear that there are emerging vocabularies, including model labels, retro-nouns (nouns collocated with other nouns to define them, like digital pencil vs. lead pencil) and even a necessity to invent new words to accommodate new concepts; “patadata” - the language created by robots for robots that becomes nonsensical (attr.@poietic).

With what was effectively a regurgitation of vocabulary from all the experts, the conversation turned to how we might begin to organise the vocabulary - processing them through a series of models? Concept diagrams? Random association? There were endless opportunities. It would be interesting to see how different groups, with different backgrounds would create different vocabularies and themes.

How do you organise the vocabulary of AI?

Modelling a concept, organising the sticky notes, finding a way to make sense of such a vast subject requires discussion, a lot of it. But the model or method you use to get to the discussion is only the vehicle.

We used the phrase “When you ask people to look at the moon, don’t look at the finger pointing at the moon, look at the moon” to prevent us from getting hung up on the design of models, and keep looking more closely at the “moon”. Which became strangely relevant again when the northern lights appeared to us that night.

How do you group the themes?

If you’ve ever seen the Northern lights for real, or in film, they shift and change, like a lit up dancing gel, or the way light catches smoke in the sky. There was a connection between the way you might group the vocabularies under certain themes, and yet they didn’t seem to want to stay in the categories and blend with others.

When we’d created the vocabulary, we moved into an open space / unconference format, which allowed a smaller group to begin to cluster and categorise the words. Using index cards, they created sub-sets and themes. Clouds and clusters of vocabulary that played off one another.

The greatest benefit of this exercise was that unexpected themes emerged. From there, a whole new strata of conversation topics emerged too.

The wall served as a resource, a departure point, and an anchor, something to come back to, to point at and ask for clarification. It formed a base line that allowed us to continue and create a number of outputs, which you will gradually begin to see emerge if you follow #AIretreat.