I’m just over a month in as a Clearleftie and it’s high time I got my first blog post out. Having pondered a few potential subjects for my first post, listing the merits of talking about different ways to run agile ceremonies, or exploring some role mapping exercises, I landed on (ahem) list making. 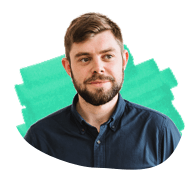 Welcome to Clearleft and the importance of a bloody good list.

As a project manager, setting up projects are my bread and butter, although everyone (and every place of work) does things differently. Having worked at a few agencies, I’ve noticed a pattern of the same boxes needing to be ticked before you can kick off a project. But what about those subtle nuances, the ones embedded in an agency’s specific process and culture? The little things that long serving veterans of the company have, over time, come to expect and take for granted. Missing one of these important preliminary actions from your setup can have a detrimental effect on the project team’s shared understanding and the overall success of the project.

List making is a dying art, but when you are starting out at a new agency, learning and adapting to it’s existing processes (and maybe adding a few of your own), it’s not only a box ticker, it’s a life saver!

Use a list to traverse the subtle nuances of agency process

Let’s start with the items we all know need to be complete before a project can be confirmed for kick off in almost any agency:

Now, let’s look at the items we all know we need to complete before a project can be confirmed for kick off but the process behind them vary from agency to agency:

No difference, right? Most agencies follow the same project setup checkpoints but the systems in place to perform those actions can vary wildly. Some agency’s require a 50% deposit on signature of the SOW, some agencies don’t, some request the full project amount be paid up front. What about tracking time and scheduling resource? Generally speaking, an agency and its finance, leadership and practitioner teams will have a preferred tool of choice along with a license to use it. And you can be sure that it’ll be deeply embedded in their reporting and finance set up, so any misuse can be disastrous. Then there’s the project management tools, Jira, Trello, Asana, Basecamp… The possibilities here are endless and worth a blog post in and of itself around the pros and cons. So, what better way to ensure these subtleties are captured then a project initiation checklist?

Luckily for me, Clare and the the team at Clearleft were prepped and ready for a new starter and had created and honed a project initiation checklist that captured all of the subtleties in an easily digestible format. What’s the task, what’s it’s purpose and who’s responsible for it.

As any agency scales up, documenting these processes becomes necessary and as new people join, new lists form. We’ve mentioned the steps to initiate a project but what about closing a project or something more abstract, such as listing ideas for running agile ceremonies? As these lists are formed, a shared understanding of agency processes is developed and small but essential actions in a process, such as Has a team slack channel been setup, are given equal weighting and not left sidelined.

Use a list to keep bother to a minimum

It’s an age old line for new starters - “There is no such thing as a stupid question”. Yes this is true, but let’s try and provide an answer for it before it needs to be asked. Using the project initiation checklist as a to-do allowed me to confidently set up my project, without the need to hassle anyone on the minor details and safe in the knowledge that I was ticking all the right boxes along the way.

It’s important to note at this point that lists such as these are not bibles. Lists in their essence can be added to, amended and further refined as processes become obsolete or more efficient methods become apparent. Allow for collaboration. Having these lists in a tool like google docs can help instil this idea or running a workshop and getting these ideas on post-it’s first can be a great starting point for mapping actions.

Keep your lists clear and to the point. The nature of a list is to address the key actions in a given process. Try not to over embellish the small stuff.

For the ultimate guide to list making, check out the Checklist Manifesto by Atul Gawande. Samuel Thomas Davis, in his blog summarises it nicely in three sentences:

Fortunately for me, Clearleft have a culture of collaboration, autonomy and knowledge sharing, perfect conditions for an agile PM to flex his list making muscles and start putting some of his own experiences down on paper!