This week there’s been a big conference focus - attending, speaking and rubbing shoulders with like-minded folk at various events.

Jeremy has been continuing his Tour de Conference, speaking at SmartWeb in Bucharest, From The Front in Italy and Generate in London. You can read all about his adventures in detail here . Tomorrow he’s off to Artifact in Providence but whilst he’s away Ant has kindly taken up residence at his desk and in a bid to keep his chair warm has been trawling the web for new tech-kit and meeting client a-plenty.

Continuing the conference theme, a Clearleft contingent was dispatched to Dare in London, Andy Budd and Rich spoke at WXG and Viv and Kate attended SheSays at our very own venue, 68 Middle Street .

It’s been a busy time here at Middle St - we’ve hosted 3 Brighton Digital Festival events this week, including an open studio (read, BBQ, beers and mingling on our terrace) - BIG thanks to Graham for manning up to hotdog and haloumi BBQ duties and to Mikey for his premium carrot grating addition to Ben’s coleslaw. In addition to all of this, we’ve had a plumber, an interior designer and some acoustic refinements happening, busy, busy.

On a serious work front, an attempt on the record for most virtual meeting attendees was probably set this week (officially unconfirmed, but the sheer numbers look promising). There has also been some detailed planning and ‘very attentive management’ happening to support a couple of larger projects we are running at the moment.

As I’m writing this I see that almost everyone has a Desk Beer in hand, so short of missing out, that’s all for this week... 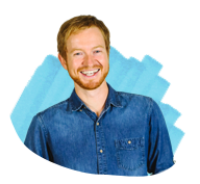