A group of us at Clearleft have just returned from the Interaction 19 conference (“Design in the wild”) in Seattle, Washington. 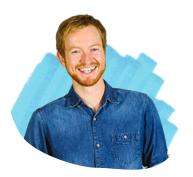 It’s safe to say that we all had an excellent time - it’s always great to get away as a team, soak up some great thinking, discover new places and revisit old haunts. But rather than try to speak for everyone I’ve gathered together our highlights from the conference below - enjoy.

I attended Scott Kubie’s talk - ‘Let’s learn how to get the writing done’. Writing can, in all truth be hard. As a designer writing at times might often be left till last. I hold my hands up, I am guilty of using Lorem ipsum in the past, whether it was out of laziness, lack of content or the excuse of ‘I’ll write it later’. Kubie proposes a new way of thinking about writing; Workflow.

He presented a practical approach that I will include in my design process moving forward. If you cannot wait for his talk check his post Writing for Designers.

I enjoyed Tea Uglow’s talk “Normality is Stupid: Connecting the Dots Between Inclusion & Diversity and Selective Bias in Machine Learning”.

Tea started by showing us the bell shaped curve of a standard distribution graph, which is used to see where the average sits in a data set. She then shared very personal aspects about herself that easily fit outside of the ‘normal’ part of the curve and invited the audience to consider, that depending on the data used all of us could be excluded as well, “…if you think you are normal, one day you will be old”.

As we use data sets to define what reality is for AI and Machine learning, human biases are becoming a part of the technology we create. This has already shown to have potentially damaging effects when you look at unchecked data being used in AI systems trialed in job recruitment, healthcare and criminal justice sectors.

At the end, her message was simple but valuable. It is important to be critical about the data sets we use and collect and to think about how we represent the parts of ourselves that are not considered typical or normal.

I really enjoyed Dr. Nelly Ben Hayoun’s (the Willy Wonka of design) fast paced, energetic and furious talk about designing experiences. She drew upon a bunch of different themes and approaches to the projects she undertakes and reflected them in her delivery of the talk. Thinking Antonin Artuad’s Theatre of cruelty, the concept of “Hammering” and “total bombardment” should give you a good idea of the experience.

It was a great account of all of the good work she’s doing around the International Space Orchestra and the University of the Underground, a tuition fee-less university currently based under a London night club. Education meets Punk.

After two days of super varied talks and intense listening John Maeda’s talk on recovering and reinvention really stood out for me. He instantly grabbed the attention of the room with his witty and confident delivery.

He didn’t use slides throughout his talk and he didn’t need to - he prepared by simply sketching out a couple of illustrations that took us on a journey through his experience and stories about his life. He talked about ‘makers’ and ‘talkers’ which was his way of describing people who create and people who talk about creating. He described how he transitioned from a maker to a talker with anecdotes that resonated with everyone in the room.

There were a number of speakers over the three days that delivered thought provoking talks on the topics of ethics, empathy, inclusion and design; Liz Jackson, Jon Bell, John Lynch, Paul Cohen, Caroline Sinders to name a few.

However Friday’s Beyond Inclusion track included a talk by Bryce Johnson and John Porter – “Recognize Exclusion, Design for Inclusion” – that reframed the way I think about disability and made me question how we design and research for inclusion.

Two quotes from the talk really stood out.

The first defining disability not as a “personal health condition” but as “mismatched human interaction” has changed my perception of disability and the things we interact with.

I left this talk with two questions. How can our testing hypotheses be extended to prevent the creation of disability? Who are the best people to include in our research that will help us prove or disprove these hypotheses?

Jon Bell provided an enthusiastic glimpse into the world of ethical design considerations from his time in Twitter’s (anti) abuse team. He gave two practical pieces of advice that feel applicable for many designers whatever the scale or nature of the design challenge.

Listen before launching in. His first piece of sage advice was learnt through painful experience. When starting in his new team he turned up as the rock star designer coming to save the day. He soon learnt that complex challenges are better tackled once you have some detailed domain knowledge and your team are a superb source for this wisdom.

Document your learnings. The second takeaway was refreshing to hear from a company famed for its pride in ship fast, fix later. Maybe, it is a sign of silicon valley growing from adolescence to more mature thinking. Jon’s point was on a long, ongoing and nuanced design challenge, like designing to reduce and remove abuse, there is high value for new team members and old hands alike in capturing key insights. Something as simple as a wiki will enable knowledge to be socialised, shared and transferred.

On my ‘list of favourites’ amongst John Maeda, Nelly Ben Hayoun and Jayeon Kim is Bill Buxton. He did a great job of, almost casually, exposing his depth of experience of the design industry. His talk challenged a lot of preconceived technology milestones and exactly how smart we design today. We may have missed sufficient nuance when the term ‘ubiquitous computing’ was coined, when in fact we were striving for ubeity.

As well as a collection of stand-out talks by Bill Buxton, Liz Jackson, and John Maeda, among others, I particularly valued Jayeon Kim’s series of daily mindfulness exercise sessions, which offered welcome moments of calm amid the buzz of Interaction 19.

One of a notable handful of speakers whose presence temporarily transformed the atmosphere of the conference, Jayeon’s techniques immediately disarmed a room of ~1,000 people and had us all talking, laughing, and leaning on each other, before taking a few minutes to reverse our attention and be present in the only moment we can ever be: This one.

Getting away as a group to learn, experience new (and old) places continues to be something we really value at Clearleft, and documenting the good times for posterity seems fitting (and the perfect excuse to dust off my editing skills). Watch our best bits video (This was originally posted on my own site ).