An interview with Mike Monteiro

Our next Clearleft Presents event is packed with knowledge and insights that you can’t afford to not to know. Intrigued? 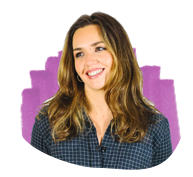 We caught up with award-winning speaker, author, and co-founder (with Erika Hall) of Mule Design, Mike Monteiro to discuss his background, thoughts on life and work as a designer, and why the business of design is just as important as the craft of it.

Let’s start at the beginning. What made you want to work in the world of design and how did you get started?

Oof. The beginning. Well the beginning is rather boring, and probably not unlike how a lot of designers my age got started: by accident. I was going to art school. I was making posters with text. And the only way I knew how to “make text” was to buy rub-off letters, make the text I wanted, and then go to Kinkos to keep enlarging them until they were poster-sized. One day, another student told me I was an idiot and walked me down to a basement room with 4 Mac SEs. You had to take design classes to get access to the Macs. So I did. Then at some point, what I was learning about design was more interesting to me than art.

When I graduated, I got a job at a copy shop designing brochures and logos and business cards. Here’s the biggest lesson from that first job: we calculated our time in fifteen minute increments. You had 15 minutes to lay out a business card. If a brochure was two-sided you might be able to argue for thirty minutes. Logo? Fifteen minutes. I made a lot of shitty logos. On the upside: I made a lot of shitty logos. And I learned how to get things done quickly. I don’t touch the pixel making tools much these days, but I still gauge work in 15 minute increments. And I feel sorry for a designer who tells me it’s going to take them three weeks to do anything.

My mom inspires me. She raised three kids on an immigrant seamstress’ salary. I find people’s stories inspiring. Their work? That’s just something to steal.

The great Chuck Close has the best quote on inspiration ever: “Inspiration is for amateurs — the rest of us just show up and get to work.” I mean, can you think of any other profession where you could tell someone “I didn’t do my job today. I wasn’t inspired.” The idea of inspiration is a fetish for people who like to wear knit panda caps and refer to themselves as “creatives.” The rest of us get to work.

What makes a great designer?

Design is the intentional solution to a problem within a set of constraints. A designer is someone who can do that. A problem solver. Someone who knows how to listen to the people who have that problem, work with them to solve it, and make sure the solution has the intended outcome. And like Karnak from the Inhumans (who should really be the patron saint of designers) we need to be good at detecting the weakness in all things.

But mostly, the secret to being good at anything is to approach it like a curious idiot, rather than a know-it-all genius.

People often think of design as a craft, which it is. But your book and the workshop you’ll be leading with Clearleft explores design from a business angle, too. Tell us more…

You can’t separate the two. We do this for money. You come to me with a problem, supposedly because I am good at solving problems like the one you have. And we come to an agreement on the value of solving it, and we exchange money for that solution. If I can do that once, I have money. If I can figure out a way to replicate that scenario with some regularity, I have a business. Which means I can make a living practicing my craft, which is solving problems for people. If I’m solving problems for people, but not doing a good job of earning a living, then I’ve created a problem for myself. That seems pretty counter-intuitive.

Those of us who went to design school got a pretty raw deal. Most design schools do a shit job of teaching you how to handle the business end, which is like teaching someone how to fly but not how to land. And if you never learned how to land, you’re not getting a second flight.

Thinking about the role of design in a wider context, what responsibilities do designers have and how can they offer a meaningful contribution to society?

Designers have the exact same responsibility to contribute to society as every other human being on the planet: we need to leave it in a better way than we found it. We need to be good citizens. We need to become good ancestors. We don’t get to opt out of that.

Like I mentioned a few hundred words ago, I became a designer by making logos and brochures. And for a while that’s the kind of shit we designed on the web too. The stuff we make these days is so much more complex than that! We’re designing social networks and applications that are so intimate to people’s lives. Stuff that has a real impact on people’s lives and relationships. You’ve got a company like Facebook that fiddles with privacy concerns on a semi-daily basis. They’ve got billions of users, and their motto is move fast and break things. That motto is affecting  people’s lives. And designers are the ones making this stuff. So we need to be the ones kicking the tires on those decisions and working out how they’re going to affect those people. We also need to be able to say no.

Last month, an engineer at VW was sentenced to 40 months in jail because he knowingly designed software that deceived the public. This is going to start happening more often. We’re going to be held accountable for just following orders. And I think this is a very good thing.

What’s the biggest challenge you’ve faced in your career?

Making payroll. And anyone who runs a design shop and gives you a different answer is lying.

What one piece of advice would you give your younger self?

Lay off the ice cream.

Finally, you’ve said that in the workshop “we’ll have fun, we’ll laugh, we’ll cry, and we’ll tell stories”. What else can we expect?!

The workshop is gonna be great. It’s basically an open book test. We’re gonna cover what’s in the book. So if you’ve read it, this is a fantastic opportunity to talk about the stuff you had questions about in more depth. If you haven’t read it (I’ll still love you) it’ll be a fantastic introduction to how to have a design career. We’re going to talk about how to get clients, how to tell if they’re the right clients. (If you’re in-house, feel free to replace clients with boss.) We’re gonna talk about how to charge for work, get paid, get paid on time. How to walk into a relationship with confidence. I’ll also teach you why “I don’t know” is the most confident phrase in the English language. But it’s basically a full-day conversation. No weird stuff with post-its.

And I think you get lunch. No ice cream.