This is the story of how we helped a well-known international tech startup make smarter decisions about their customer development strategy.

What we did
Design research
Product discovery
Product innovation 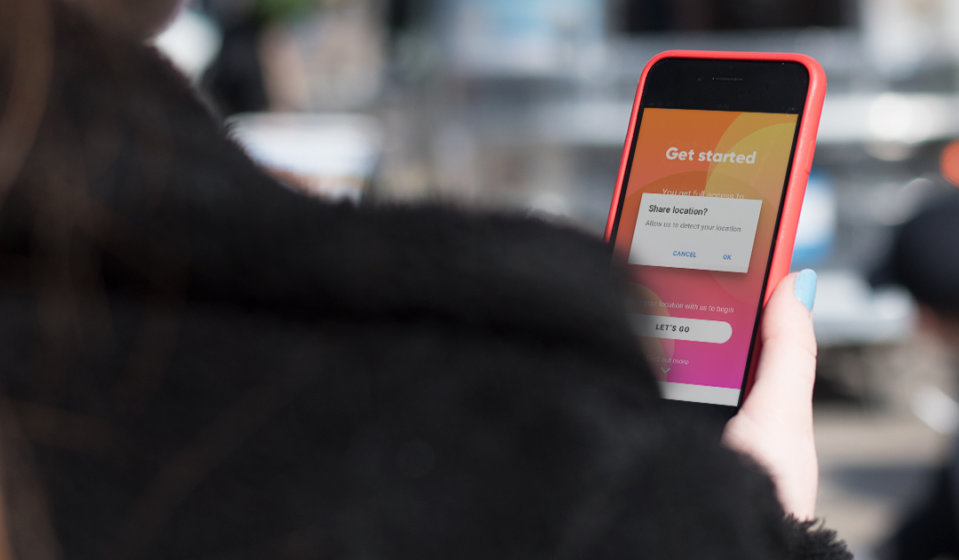 For a smart and ambitious organisation like our client, working to reduce risk when searching for the next innovation or business opportunity was a matter of ‘best practice’. Having already embraced an agile way of doing things, they knew that instead of blindly investing time and money into big ideas, it would be wiser to move in small and well-informed increments.

They were keen to attract an unfamiliar demographic to meet organisational success metrics. Therefore, they came up with an innovative marketing concept to increase the number of new customers downloading their mobile app.

The proposed idea was great but begged some fundamental questions: Would their target audience not only understand the offer but find it desirable? Would this proposed marketing model interfere with the understanding of their product by loyal users? They needed the insights and validation to give their internal stakeholders confidence and asked Clearleft to help them do this.

Through the rigour of design research, we uncovered actionable insights in a quick and iterative way and within their limited budget.

The company faced several contextual challenges (challenges we commonly see amongst our clients) that provided additional layers of consideration for us to navigate:

With minimal investment, the tech startup gained an understanding of which parts of their product concept were not working or not being understood by users. We uncovered which commercial contexts worked better than others and brought to light some weaknesses in their product proposition for new users.

Our client was were able to learn enough from customers in order to take well informed next steps in the development of their product idea.

We helped introduce a repeatable way to use design research and prototyping together in order to test hypotheses fast, leaving the client with tools, grounding and practical experience of using a research methodology to aid competitive advantage.

The project spanned a four week duration. The first week was spent on-site with the team as part of an immersion period so that we could understand the business and technical contexts, set-up for the research programme and build a prototype. After this week we went straight into two successive weeks of iterative research and design. This ensured that the research would give us a broad sampling of their target audience and deeper understanding of how their strategy would be understood by both potential and current customers alike. Our fourth week was spent on working with their team to develop the findings into a plan for next steps and help generate the momentum to carry the project forward internally.

One of the things we realised at the inception of the project, was that Clearleft would need to work as closely as possible with the client’s in-house team due to the complexity and depth of knowledge required to kickstart the project on the right foot.

Given the time constraints that we faced, it was crucial that we learned as much as possible about the context of the project. This was so we could conduct research that surfaced insights that were as relevant as possible. To make this work in a short amount of time, we needed to start at a point of shared understanding — a critical foundation for the project. It ensured that our conversations were effective and cohesive when talking to external stakeholders and it enabled us to work more rapidly throughout the duration of the project.

Our immersion had to be both broad and deep, so we coordinated a series of outcome focused conversations with key stakeholders and team members within in the company to kick things off, including the business development, legal and marketing teams for vital wider buy-in.

From this initial phase of activity we were able to uncover and clarify assumptions, initiate conversations about the implications to the overall business strategy, and establish a working vision regarding technical feasibility and limitations. And most importantly, given the tight timeframe, we collaboratively established what our key research questions would be and built a corresponding prototype according to these shared understandings.

From this first immersion week, we were able to springboard straight into our next two weeks of design research.

Impactful research rarely takes its lead from the user’s voice alone — often it’s a subtle back-and-forth between the business requirements and the user needs. Whilst it would have been ideal to have the client team with us during fieldwork, it was logistically difficult in this context as the team had their attention split across multiple priorities.

So we compromised: we found a way to make the whole team feel part of the research process by ensuring that everyone has the ability to feedback throughout the time we spoke to customers. We kept a live feed of what was happening throughout each day of the fieldwork, and checked in several times during the course of any given day. Because we were conducting research in the field in different physical locations, we wanted to feed back emergent findings as we heard them. This way, we were able to take the entire team’s questions onboard on a case by case basis, and feed them into the iterative nature of our research.

Our research methodology was designed to rapidly identify early indicators of how, when and why people understand the proposition and if certain physical contexts may lead potential users to become subscribers. That said, we were careful to balance speed with rigour.

Our methodology was based on “grounded theory”, a systematic research method that uses an inductive model (in contrast to the hypothetico-deductive model). As data was gathered, repeated ideas, concepts or elements were extracted and coded. As more data was collected, codes were be grouped into categories then formulated into theories or design models. This way, as the research progressed, we were able to surface deep, rich user insights.

Given the importance of the physical contexts in this marketing concept, in conjunction with the project time constraint, we planned to use a mixed approach of guerrilla research (also known as ‘intercepts’) and pre-recruited participants for one-to-one interviews at chosen locations. This was so we would have the ability and flexibility to react quickly to early feedback through generating variations on the concept and iteratively test with users rapidly in context, balanced with more in-depth conversation during the interviews.

During the first week, we began with using by looking at the complete journey to gauge how easily understood the proposition was, and iterated the messaging and app prototype design to quickly understand the users’ perceptions.

The core value of the guerrilla research approach was two-fold. From these fast-paced sessions we were able to talk to 16 participants ‘on the street’, quickly learn and iterate on the design of messaging/proposition, as well as uncover insights about customer’s perceptions of the offer in different commercial locations.

Being on location meant that we were able to elicit genuine contextual stories and reactions as opposed to those we might have obtained in an artificial situation within a lab. As the guerrilla research method also lends itself to a degree of luck and serendipity, we offset the uncertainty with pre-recruited participants later on for more in-depth interviews.

While guerrilla research is perfect for rapid, general feedback, we knew we needed to delve deeper to further validate those findings, being particularly mindful of a C-suite audience for the results. In order to properly account for our client’s target audience, we decided to recruit for these profiles specifically, and as a result, we gained valuable insights on how people who were new to the service would understand the offer differently.

These interviews were closer to traditional concept testing, and decided to meet our participants at set locations that tested well in the first week of guerrilla testing so we could continue to harvest contextual stories and reactions.